As a digital marketer AB Test are fun. Thinking of innovative UX designs are our daily bread and butter. If only there weren’t the math behind AB Testing. Well, we are visual people so check out the easy way to explain it graphically.

Let’s dive into the math behind AB Testing or better let’s visually describe how to interpret the bell curve. You might have seen the bell curve on several occasion when reading about AB Testing but not quite understood it. I remember my early struggles 😅

Imagine you have a default checkout design for your e-commerce store and every day you check the Conversion Rate and mark it with a dot. When you do this for a month the dots stack up. Believe it or not, you will end up with something similar as shown below — the bell curve!

This distribution of dots shows that most days your CR is around 25% (called the mean). Of course, it varies from day to day. For example, the extreme value of 26% might be a holiday, when people shop more online and 24% might be a busy day at the end of the month when people ran out of money and have no time for shopping.

Next, imagine during this month you would have tested a second checkout design (candidate B) different from your original design. Now you have two bell curves.

The overlapping area marked in orange indicates your error, the number of days where the conversion rates are equal between Candidate A and B and there isn’t a significant difference between the two.

This is called the p-value, the probability of A and B overlapping. As you guessed it, this needs to be as low as possible in order to end up with a significant result. Therefore we usually agree on a Significance Level beforehand. Mostly somewhere between 90-95%. The Significance Level is simply 1-p. We usually choose a 95% Significance Level, so if the Conversion Rate of B is higher than A on 95% of all days then we call B a Winner and rout all traffic to it. The bell curves will look like this:

As said earlier, this is also why we need to design tests with a detectable impact on the Conversion Rate. Minor improvements will just lead to overlapping curves as shown previously and you won’t see a significant result.

Last but not least to understand the Statistics of AB Testing completely, we need to talk about the difference between one-tail and two tail-tests.

A one-tail test only proofs in one direction, so either that B is better or worse than A.

A two-tail test can prove that B is better or worse than A at the same time.

Usually, we use the one tail test for AB Testing, since we generally want to prove that B is better than the current design A. The cases when you might want to test with a two-tail test are when you have two completely new configs and you want to prove which one is better. In this case, you simply divide the p-value by 2.

If you want to dive into the Statistics of AB Testing even deeper, there is a great site to play around with Hypothesis Testing and the underlying Significance Calculation: http://abtestguide.com/calc/.

Thank you for subscribing.

We respect your privacy and take protecting it seriously 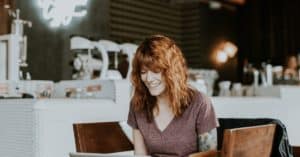 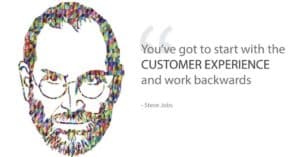 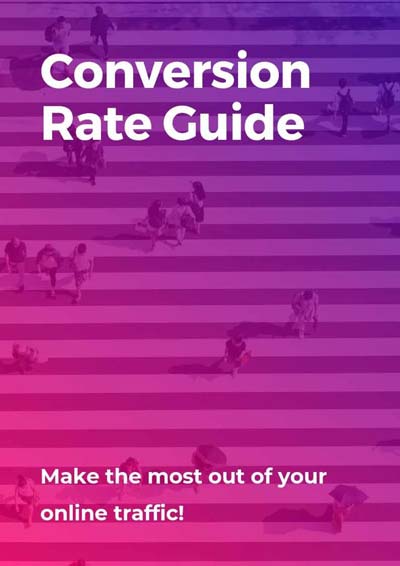 Join us and get exclusive tips to improve your online business today.

Your conversion rate is low?

Let’s talk, exchange knowledge and see how we can make your website convert better.

Send me a message

Send this to a friend